It has been a while since I have messed with my Holystone F181G quadcopter, aside from a failed experiment of attempting to rig an analog “follow me” mode for the drone (using fishing line and rubber bands…do not ask).

If nothing else, the experiment was a testament to the F181G’s durability - it survived multiple crashes where the drone was ripped from the sky (from 10 feet or 4.5 meters in the air) onto the unforgiving asphalt of Albuquerque streets.

Back to business. I started down the IR photography path because I reasoned (incorrectly) that it might allow me to fly the F181 G at night with an IR illuminator. Further testing proved this was not feasible so I figured I would try my hand at daytime IR photography instead. I was inspired by the stunning IR photography work here.

As it turns out, my IR camera hack was a success and I was able to capture some unique photos and videos with the F181G quadcopter. Keep in mind, this is an economy drone with an economy camera so the quality does not touch the works represented in the Smashing Magazine article. Also, my photography skills and subject matter selection are lacking!

In this post, I will first showcase some content captured with and without the IR camera hack (for comparison), then describe the details of the F181G camera modification.

These sample photos (showcasing the effect of the infrared camera on the drone) were taken at my home and Bel-Air Park in Albuquerque, New Mexico. These are undoctored photos, aside from minor cropping. 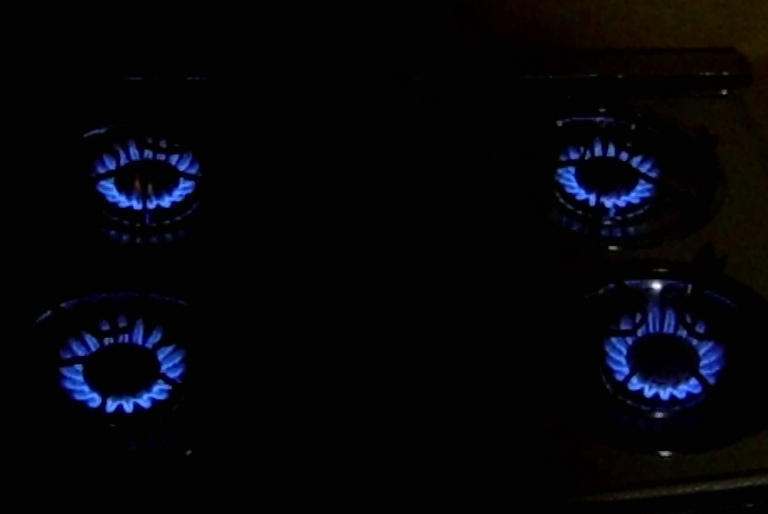 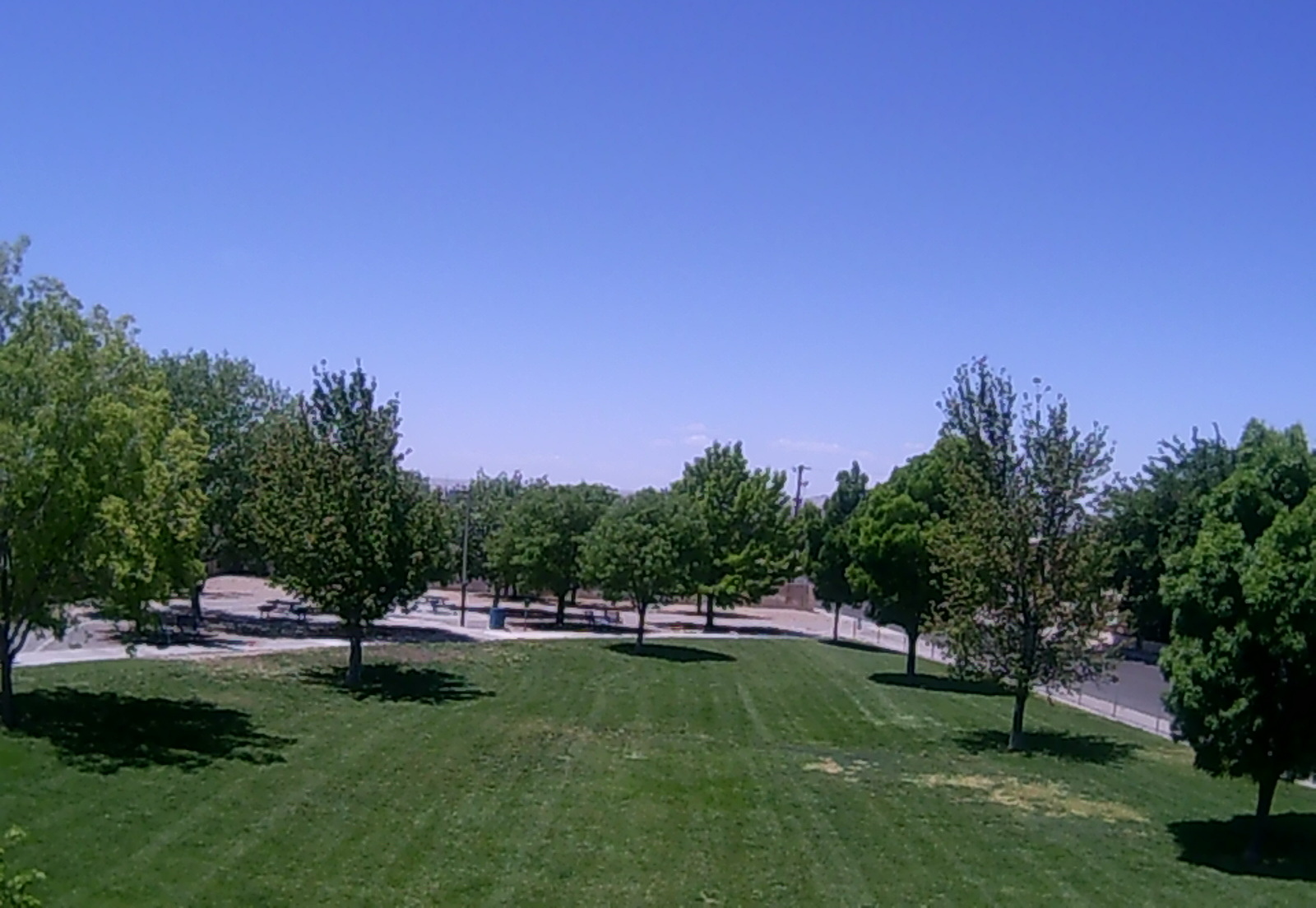 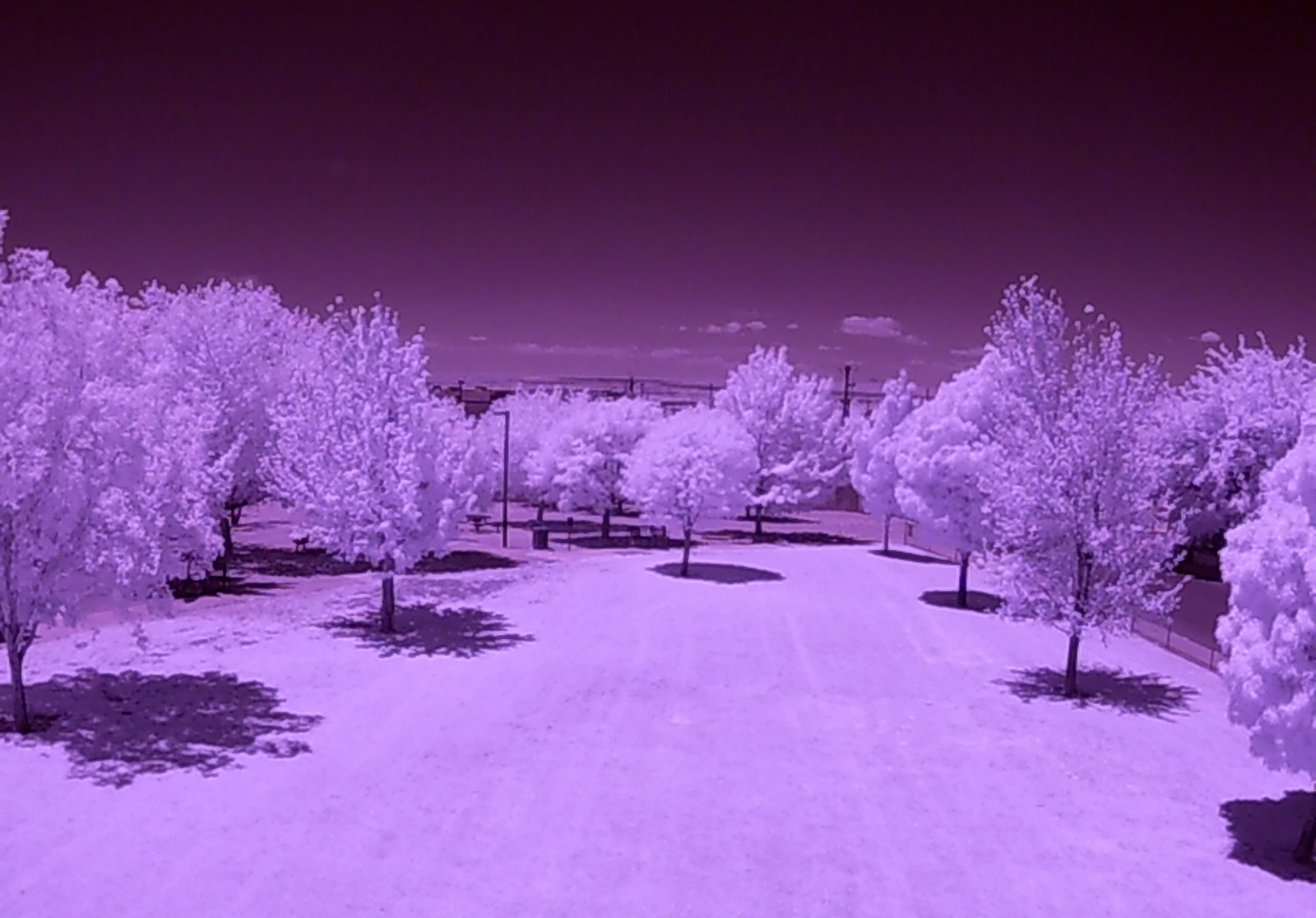 These photos showcase the foliage at Bel-Air Park, as captured through the standard camera (first) and the IR camera (second). The grass looks a lot better in infrared and the shadows and clouds are much more defined. The IR setup certainly produces better contrast.

In my opinion, the IR camera produces a “winter wonderland” effect, even on a warm, late-spring day in Albuquerque.

Removing the IR filter from the Holystone F181G’s camera was easier than I expected. It was a matter of removing 4 screws, scoring off a little adhesive on the camera/lens assembly, unscrewing the lens from the CCD, and removing the filter from the lens assembly. This may be a good time to point out, this is a one-way conversion unless you are VERY meticulous (unlike me). Once the IR filter is removed from the camera, it would be difficult to replace it and restore the original configuration.